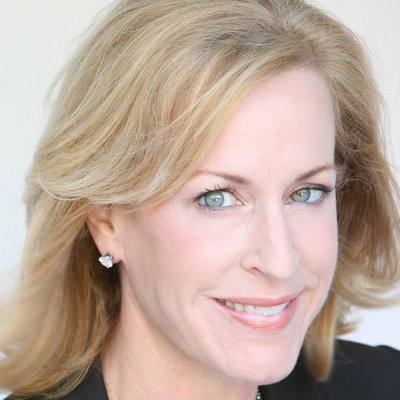 Along with building a star-studded team of experts in customer service, design, project management, and marketing, the team of vendors that Debbie has built is unparalleled. Debbie's clients enjoy priority scheduling, relationship pricing, and white glove service from some of the top service companies in the Bay Area, on any budget and timeline.

Debbie Sharp is the founder and group leader of The Sharp Group, heading the sales team and overseeing all of the team’s listings. Prior to her career in real estate, Debbie had 14 years of leadership experience at Nordstrom, where she held several leadership and buying assignments that lead her to her final assignment, the Store Manager of Nordstrom in Palo Alto.

After leaving Nordstrom, Debbie launched into her real estate career and quickly became a rising star in the boutique brokerages she aligned herself with. Within a few short years, she became one of the top agents in the Peninsula area. After establishing and developing a real estate business on her own, Debbie realized she needed to build a team around her to help support her increasing number of clients with the high level of service that she is known for, which is why in 2011 she created a partnership with Keller Williams Peninsula Estates, and The Sharp Group was born.

Along with building a star-studded team of experts in customer service, design, project management, and marketing, the team of vendors that Debbie has built is unparalleled. Debbie’s clients enjoy priority scheduling, relationship pricing, and white glove service from some of the top service companies in the Bay Area, on any budget and timeline.

Debbie has also taken several leadership roles within Keller Williams over the years, most recently as an Operating Principle of the Keller Williams Peninsula Estates offices, including Burlingame and San Mateo. In addition, Debbie has taken supporting roles in a number of charitable organizations, such as The Burlingame Library Foundation and the Hillsborough School Foundation. Debbie resides in Hillsborough with her daughter, Ava, and their doggie, Frankie! 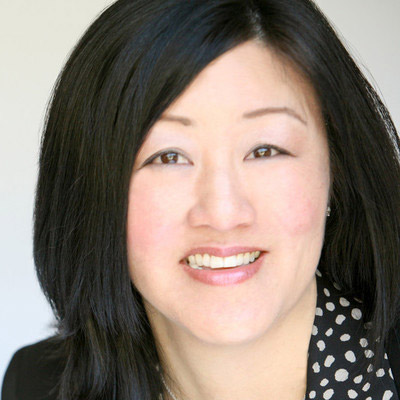 Carol Cassetta is the team’s Lead Buyer Agent, working with The Sharp Group’s clients to fulfill their home-buying dreams. Along with Debbie, Carol has over a decade of leadership experience at Nordstrom, where her business pedigree was built upon a culture of people, service and results. As a regional leader, Carol’s responsibilities included 11 stores and teams in the Northern California and Hawaii regions. She brings to real estate her vast expertise in customer service, sales, communication, and negotiation.

Contributing to The Sharp Group selling over $100 million in real estate year after year, Carol has an ear to the ground, and provides her clients with the best off-market opportunities. With Carol’s strong relationships in the broker community, she is able to get clients into the right property with minimal competition, at the best price and terms. She is an expert on neighborhoods and schools all along the Peninsula, and is a tenacious negotiator. She is a true advisor and advocate for each and every client she serves.

“Often, people think about making money in real estate when they sell their home. But I want you to make money when you buy a home as well. We want to get you in a home at the right price, so that you’ll have equity as soon as you close escrow.”

Carol, her husband Jim, and their dog Buster currently reside in San Mateo. As an avid pet lover, Carol donates her time at the Peninsula Humane Society and SPCA. She also supports Family House in San Francisco, which provides temporary housing to families of seriously ill children receiving treatment at the University of California San Francisco Benioff Children’s Hospital. 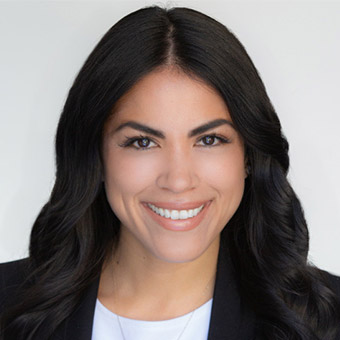 Brittni Barron joins The Sharp Group as the team's Buyer's Agent. She is a Peninsula native who was raised and currently resides in San Mateo with her husband Anthony, their son Nicholas, and their dog Otis. Brittni personally experienced the exceptional service The Sharp Group provides to their clients when she and Anthony successfully purchased their first home in 2014, and is thrilled to begin her real estate career with The Sharp Group! Brittni understands the emotional and monetary commitment embodied in a home purchase and is dedicated to guiding clients toward fulfilling their dream of home ownership.

Brittni received her Bachelor’s Degree in Urban Studies and Planning from the University of California at San Diego, and a Master’s Degree in Business Administration from Notre Dame de Namur University. Brittni's professional career experiences include project management and event management for private events ranging from intimate affairs to large-scale events, and she has spent the last four years as an associate planner for the City of San Mateo. During her tenure with the City, she was the project manager for over 60 planning applications resulting in successful planning entitlements for residential, commercial, multi-family, educational, and mixed-use proposals. Brittni provided exceptional customer service through daily interactions with community members, architects, developers, business owners, and the public at large. Her experience with jurisdictional processes and regulations have proven beneficial in her role as Showing Specialist for The Sharp Group. With Brittni's attention to detail and superb organizational skills, clients can be confident that she will enthusiastically make the journey of finding the perfect house an enjoyable experience. 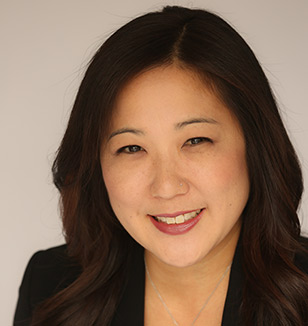 Lisa Fujimoto is a Bay Area native who met Debbie in 2001 while working at Nordstrom. Through her many management roles at Nordstrom, Lisa cultivated the leadership, support, and relationship-building skills that now serve her in leading the Operations team for The Sharp Group. Her ability to establish lasting relationships with clients, coworkers, and vendors has been one of her greatest strengths in her current role as Director of Operations.

In addition to her operations role, Lisa helps every client through the “contract to close” period of a transaction, guiding the clients through this often stressful time with great patience and expertise. Lisa is affectionately known around The Sharp Group’s office as the team’s “Yoda” because of her calm demeanor during stressful times, and ability to assess complex issues and break them up into easy, explainable concepts.

Lisa, her husband Eric, their daughter Abbie, their son Joseph, and their dog Kiko currently live in Campbell. Lisa was raised in San Jose, and has had the chance to experience life in many areas of the San Francisco Bay Area. 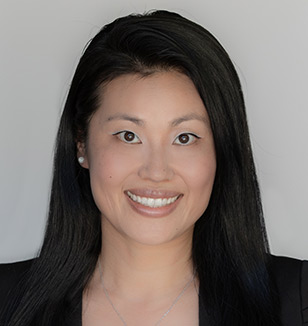 Julie received her Bachelor Degree in Economics with a minor in Communications from the University of California at Davis. She started her real estate career in 2004, but had left the business in 2008 to pursue her career in the restaurant industry in San Francisco. Julie managed several high volume restaurants and brings experience in customer service, maintaining client/vendor relationships and problem solving under pressure.

Julie was raised in San Mateo and has lived in various cities along the Peninsula. She and her husband Alejandro purchased their first home in San Mateo and enjoy all the city has to offer with their daughters Olivia and Gabriella. 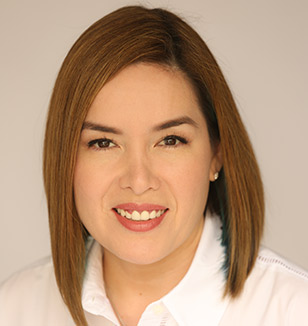